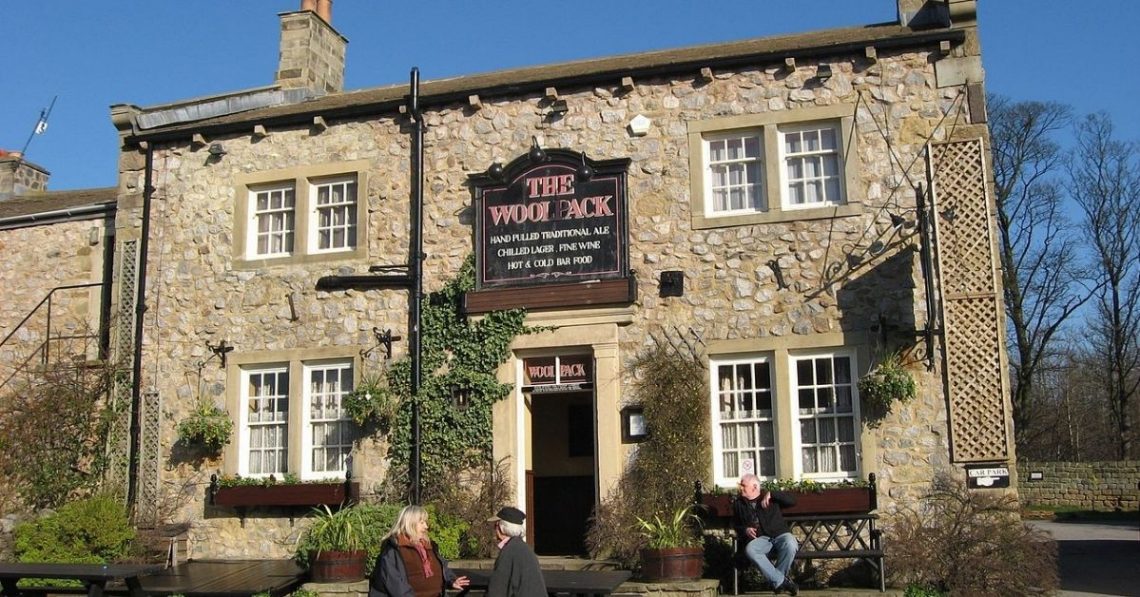 We all knew (hoped) that The Woolpack would be back after the fire in December 2021. After all, every soap needs a pub. And where would we be without our favourite pub in the dales? But what  makes this Emmerdale haunt so special?

The history of The Woolpack

The Woolpack is a fictional public house in the soap opera Emmerdale. The pub has been mentioned in the show since it began, and has been seen in every episode. It’s often referred to as “The Woolpack”, or “The Wooly”, because of the large sign that hangs outside of it. It’s also known as “Emmerdale’s home from home”.

The Woolpack is one of the most iconic pubs in the UK. It has been featured in the British soap opera Emmerdale for over forty years now. The pub first appeared on screen on November 12, 1972 and it has been a part of the show ever since.

The Woolpack was established by Ron and Peggy Woolpack, who were both killed by fire in 1979 along with their son, Bobby. The pub was then taken over by their daughter-in-law Jackie Merrick and her husband Pete Barton, who had married after the death of Ron and Peggy’s son Bobby. Jackie ran The Woolpack until she died from cancer on October 12th 2001, when it was then taken over by her daughter Debbie.

The Woolpack has seen some serious drama over the years. Robberies, weddings, hostage situations, shootings, fires and there was even a plane crash!

If we fast forward to 2022, the pub is now co-owned by Charity Dingle and her son Ryan. Charity’s cousin Chastity (aka Chaz) is also working behind the bar. Chaz owned The Woolpack before the 2021 fire and lost it because of dirty tactics from Al, who set the place alight in an insurance scam.

Initially, there was some bitter arguing between Charity and Chaz, but they both now seem content behind the bar.

Marlon has also worked in the kitchen at The Woolpack for many years. Although he’s currently recovering from a stroke, it’s probably that he’ll be back, cooking up a storm, at some point.

Why we love The Woolie

We will be honest, we’d be quite happily drink a pint in any of the soap pubs. We wouldn’t be fussy when it came to an invite. However, The Woolpack would probably be at the top of our wish list. Not only is it a cosy rural inn, but the cast actually drinks real beer when they’re socialising at The Woolie! That pretty much makes it a real pub, right?

On top of the beer, it’s the only soap pub that has a proper kitchen. Yes, you can order a hotpot at The Rovers, but we reckon there’d be loads more choice at The Woolpack!

The future of The Woolpack

After receiving a makeover following the fire in December 2021, we don’t think The Woolpack will be disappearing off any time soon. In fact, we are taking the renovation as a sign that ITV really values that aspect of the Emmerdale set!

In terms of storylines, we expect things to settle between Charity and Chaz (for now at least). However, we are expecting the developing love triangle between Charity, Mac and Vanessa to rumble on. If the writers at Emmerdale are reading this, then we’d also like to see a bit more of Ryan over the coming months, so if you could sort that for us, wonderful!

Who knows exactly where the current storylines will lead, but we are confident that The Woolie is here to stay.

You can catch Emmerdale at 7:30pm, Monday-Friday, on ITV. Or catch up over on ITV Hub.