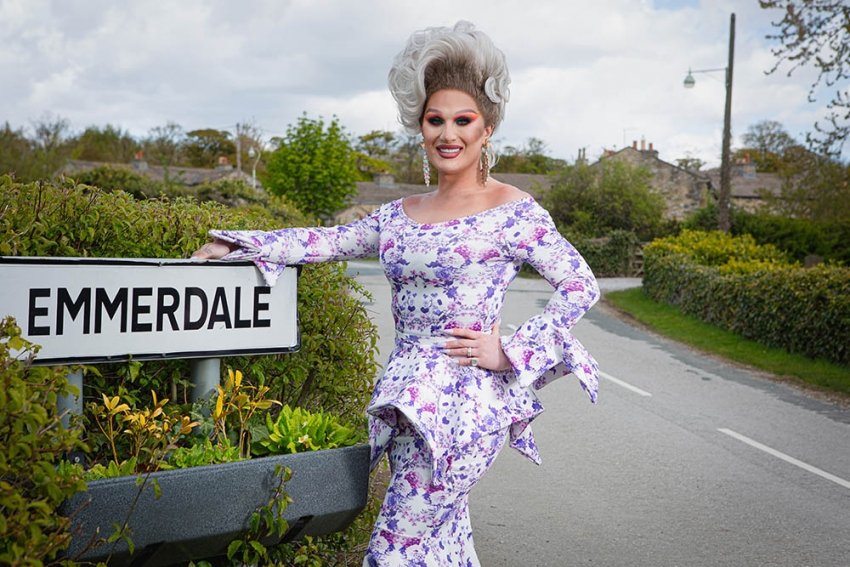 Next month is Pride, a month where the LGBTQ+ community is celebrated. It’s not surprising that this event will be celebrated on screen and I expect each of the big three to acknowledge it. But Emmerdale has already given us an insight into their plans. Our favourite Yorkshire soap has announced that The Vivienne, who won the UK Drag Race, will be appearing on screens.

I personally think that Emmerdale does a great job at representing the community. They don’t shy away from topics and none of the current LGBTQ+ characters seem contrived or stereotypical.  So I will look forward to seeing The Vivienne join the cast. I’m sure that the other soaps will celebrate too, but it is great that Emmerdale has signed such a big name!

Emmerdale has a number of LGBTQ+ characters, including Aaron, Nathan and Matty, so naturally Pride is a celebration that should be acknowledged by the soap. And it will be interesting to see who is celebrating with The Vivienne when the time comes.

Playing her fabulous self, The Vivienne will make an appearance at Emmerdale’s first Pride day, which will see the village church and LGBTQ+ communities join forces for a day of celebration.

“I am so happy that I will be part of Emmerdale’s first ever Pride,” said The Vivienne.

“My role is to officially open the event on the stage! It’s great for Emmerdale to be doing this and I’m delighted to be part of it. We’re making that little bit of history for all the gays and the LGBTQ+ community and it’s just an absolute honour,” she added.

Emmerdale producer, Kate Brooks said: “We’re absolutely thrilled to welcome The Vivienne to Emmerdale to help our villagers celebrate this year’s Pride event in style. The Vivienne will add a dash of her own inimitable wit and fabulousness to the show and will certainly raise a few eyebrows in the process.”

Viewers will be able to see The Vivienne’s appearance on screen at the end of June.