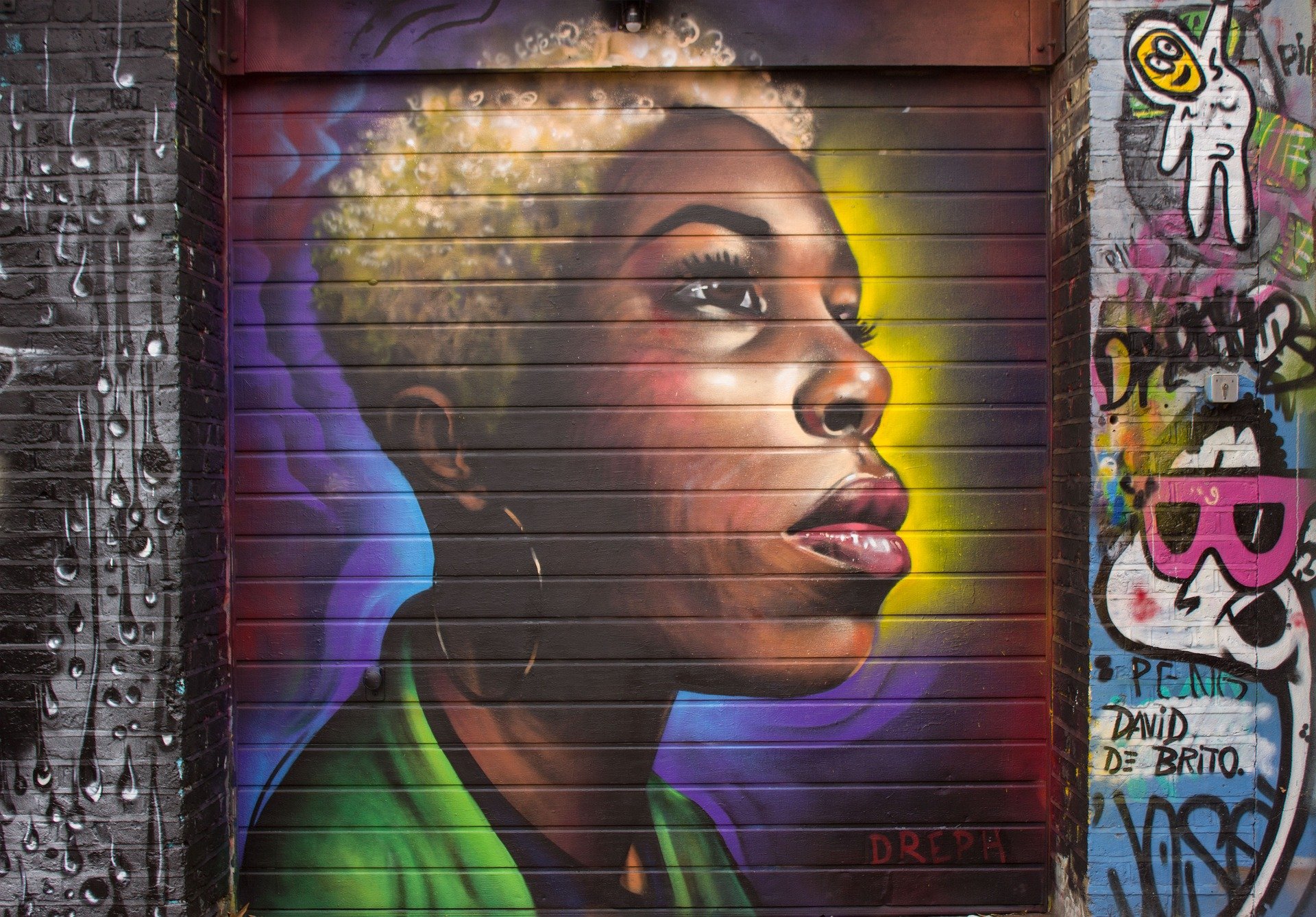 Have you spotted the new mural in EastEnders? British-born Ghanaian artist Dreph has created a special piece for the show’s fictional landscape to reflect modern-day Britain.

The new addition of the Elstree set is a wall mural of a black woman and it will become a permanent backdrop to many storylines.

The artwork is positioned in the drama series’ Bridge Street on the side wall of the Beales’ house; opposite The Queen Victoria pub.

Painted directly onto the wall of the Walford-set house over several days by visual artist Dreph, the mural measures 5×2 metres in size and was completed ahead of cast and crew returning to work after lockdown.

Nottingham-born Dreph, whose real name is Neequaye Dsane, is best known for his large-scale murals and oil paintings that can be found across the world – and his subjects range from strangers to friends and family and are often a tribute to living unsung heroes and heroines.

Dreph’s You Are Enough project in 2017, saw the artist go London wide with a series of portraits of black women; paying tribute to friends who were doing amazing things for their communities and society at large. He lives and works in London and is an illustration lecturer at Portsmouth University.

Dreph said: “The opportunity to have my art work on the set as a permanent feature, having the same impact as my work has on the streets of London, was a really exciting opportunity. I remember watching the very first EastEnders episode three decades ago, so I was really surprised to hear from the team! I’m so pleased that EastEnders has found a way to reflect modern day UK in a time when so many of us are finding ways to voice anti-racism and I’m so happy that my work will become the backdrop to future storylines in the show.”

Jon Sen, EastEnders Executive Producer, says: “Dreph’s mural is an exciting and timely addition to the show that reflects events taking place in the real world. Anti-racism is something that the cast, crew and producers care passionately about at EastEnders and the show is well known for tackling social issues and celebrating diversity and inclusivity through its characters and storylines.”

Have you seen the mural yet? Let me know in the comments below.