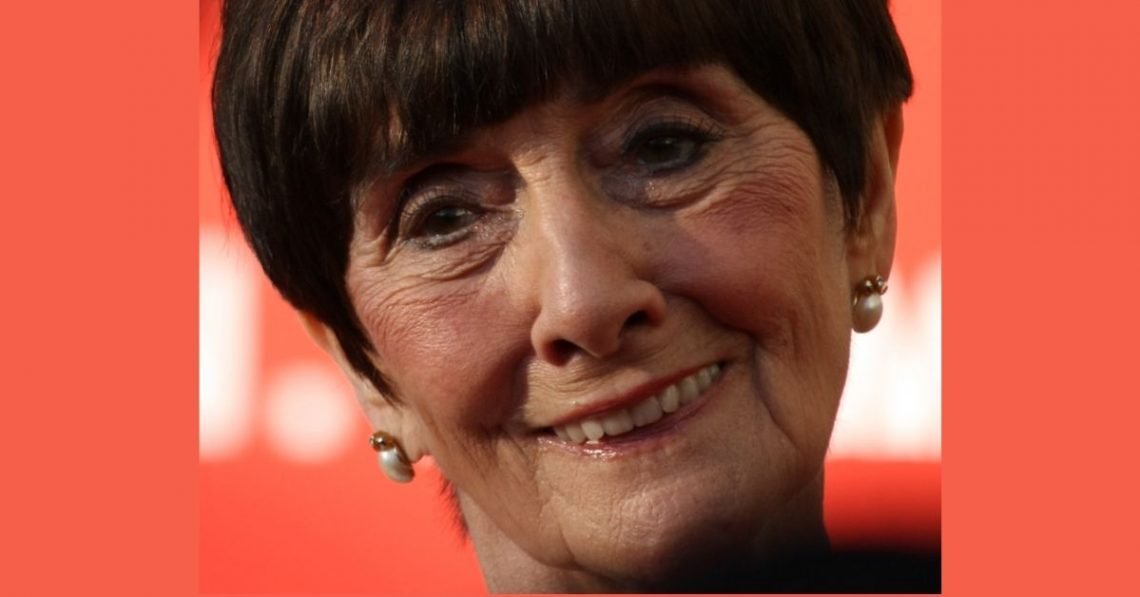 The incredibly sad news was announced this month that EastEnders’ Dot Cotton (June Brown) died at the age of 95. She was surrounded by loved ones in her home, just outside London.

As someone who has always watched EastEnders, Dot cotton (later Branning) was an exceptional character, one you just felt you knew. I grew up watching her on the telly as a child, to admiring her work as an adult. She was the supportive ear we’d all want to listen when going through hard times. Dot was the rock of the family, with a door always open for a cuppa whoever you were. It’s hard to imagine Albert Square without her.

The chain-smoking matriarch appeared in a staggering 2,884 episodes over 35 years. She joined the cast in 1985 and remained on our screens until 1993 when she took a sabbatical from the soap, and returned four years later until 2020. Dot was always behind the laundrette counter in her blue apron, busy-bodying (in a good way) about the locals.

Dot’s final scenes were quite dramatic when she wrongfully believed Martin had stolen her missing money (it was actually Sonia), then fled to Ireland to see her grandson, Charlie. She later left Sonia a voicemail to say she was staying in Ireland for a while. And, although the doors remained firmly open, this was the last time we saw Dot on our screens.

As we raise our glasses to one of EastEnders’ much-loved and phenomenal characters, here are a few stand-out memories of a true soap icon.

Dot was a great friend to most in the Square but one friendship that stands out for us all, is the one she had with Ethel. Dot and Ethel were the best of friends and Dot showed this right up until Ethel’s final moments. Our Dot agreed to help Ethel die in 2000 to end the suffering for her best friend. This was huge for Dot and her faith as a strict Christian. She was always famously quoting verses from the bible whenever guidance was needed. Dot put her friendship before her faith and had us all sobbing into our tissues as she handed Ethel her pills and some water. Gulp!

Dot was the long-suffering mother of tearaway son, nasty Nick, who would be regularly back on the Square to torment poor Dot. He’d steal, lie, he even tried to kill her twice (shepherd’s pie anyone?!), and conned her out of a bingo windfall. This turbulent relationship had us gripped for decades. His return always the same, ‘hello ma’ and resulted in trouble. I always wanted to believe he would come good in the end, as did Dot. This didn’t happen though and in true soap fashion, there was no happy ending. Unable to save her son from his ugly path, Dot finally had enough in 2015 and ended up trapping her rogue son in an abandoned house with herion. He died in his mother’s arms. Afterwards, true Christian, Dot admitted her sins and was found guilty of manslaughter and received 14 months inside.

Dot made soap history in 2007 when she became the first ever actress to have an entire episode to herself. This gripping solo episode led to a BAFTA nomination. In this captivating episode, Dot recorded a monologue for her second husband, Jim Branning, who was in hospital following a stroke. This storyline was written in because the actor, Jim Bardon suffered a sudden stroke and his absence needed to be explained in the show.

The pairing of Dot and Jim was incredibly beautiful and showed us all that it’s never too late to find your one true love. Through their constant bickering, they had each other’s backs like any cockney couple would. And, seeing the more vulnerable side of Dot, was a joy to watch on screen. Jim proposed to Dot in 2001 on the London Eye, when he got down on one knee like a true traditionalist to pop the question.

June Brown played Dot Cotton for over 35 years, appeared in 2,884 episodes. She was awarded an OBE in 2021 and received an MBE in 2008. As well as a stream of awards, at the British Soap Awards in 2005, June won a lifetime achievement award for her role as Dot. And, the standalone episode of the soap nominated her for the TV Baftas’ best actress award in 2009.

Dot Cotton, you have been incredible and it’s with a heavy heart that we say goodbye. You’ve been an utter joy to watch.

If you’d like to remember some of Albert Square’s other classic characters from when the soap begin in the 1980s, click here.