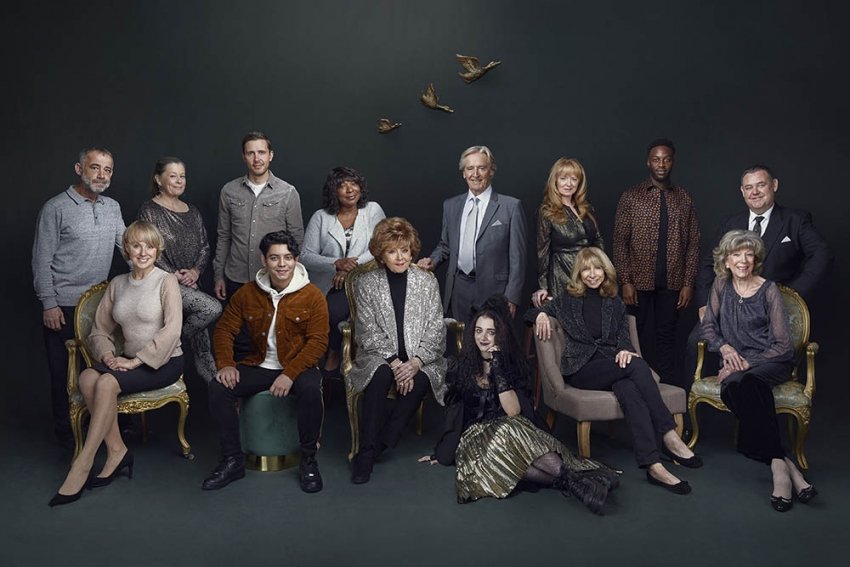 It’s no secret that Corrie will surpass a special milestone this year. The soap is celebrating its 60th birthday next month (in December 2020). Ahead of the big event, Corrie has released its official 60th anniversary cast photo. This has been taken to celebrate the achievement. But this is no ordinary photo. Due to the pandemic, it was impossible for the whole cast to get within the same shot, so Corrie did things a bit differently.

In the past, photography that’s been released to celebrate the show’s big milestones has featured all the cast. This started with the famous black and white shot, which was used to launch the first ever episode.

But only 14 cast members appear in the 60th anniversary shot, along with a couple of iconic additions, like Hilda Ogden’s iconic ducks from her ‘muriel’  (including the wonky middle one).

With the pandemic meaning that large gatherings are not possible a decision was taken to represent the show by photographing the first seven of the current cast to join the soap alongside the most recent seven actors to have appeared on screen as a regular cast member.

How did they do it?

Over a period of two weeks the actors were photographed individually in a covid secure studio and then cleverly photoshopped to give the impression of being together.

The following actors appear in the photograph:

The dates next to each actor mark their first appearance on screen.

The shot had to be taken adhering to the Government’s health and safety guidelines for TV and film production. Covid protocols and measures introduced by the programme which meant all of the actors in the portrait were photographed at different times.